Governors hold a tremendous amount of influence over the direction of their state. They plot a course for their people’s prosperity, and play a large part in determining their health. That’s why we want to recognize the U.S. Governors who serve as advocates of health and fitness, both in their own lives and in policy.

HFR Institute and its founder Samir Becic first researched all the available data on the current governors. Then we used a combination of interviews, internet, library, industry literature, and Samir’s knowledge of over 20 years as a prominent health and fitness expert who was awarded “4x Number 1 Fitness Trainer in the World” to narrow the list down to 10.

We are the first media outlet to rank politicians based on physical fitness, starting with our world-renowned list of the Fittest Heads of State. From there we have expanded into Fittest Governors, Fittest Congresspeople, and Fittest Politicians, all of which are the first of their kind. We have even had exclusive interviews with U.S. Governors to talk about the importance of healthy lifestyle.

Samir Becic says of Governors “Governors are mini-Presidents, and very often, U.S. Governors have more political and financial power than many heads of states across the world. Please use these powers to motivate Americans to lead the world in health and fitness, like they do in so many other areas.”

Keep reading to find out who are HFR and ReSYNC Your Life author Samir Becic’s top 10 Fittest Governors:

Gina Raimondo approaches health in a holistic manner when it comes to her personal life. As a mother of two, she prefers to engage in fitness as a family by working out together 3-4 times per week. They’ve done things like long walks, hikes, bike rides, runs, and tennis matches. She feels that working out together enhances the experience and helps her children take a break from their electronics. Raimondo has said, “we stay fit and stay in shape and teach the kids the importance of keeping fit.” During her university days, she played rugby, which she credits the experience for improving her physical and mental strength. In the start of 2016, Raimondo announced her collaboration with the Governor’s Office, Centers for Disease Control and Prevention (CDC), Rhode Island Department of Health (RI DOH), and 11 additional organizations, which will invest in local effort to mitigate preventable, chronic illnesses in the state. Efforts are concentrated in selected regions called Health Equity Zones where Raimondo and her partners focus on helping children and families and improving the health status in low-income areas.

Jay Inslee is always up for a friendly basketball game. In fact, he once played a match with Barack Obama during a visit to the capital. To add to his passion for basketball, Inslee has joined the Hoopaholics camp since 2007, which is a charity that raises funds for abused/mistreated children. Furthermore, he enjoys outdoor activities such as hiking and biking during the warmer days, and skiing during the winter. Inslee views physical activity as a way to help speed up national litigation processes. He believes there should be a stronger sense of urgency to examine wellness and prevent chronic illnesses. Inslee sees a high potential in using health resources to educate and encourage people to practice healthier habits and pursue a fitter physique. To help make his beliefs a reality, Inslee proceeded with a bill that institutes better food options in public places (i.e vending machines, schools, retail stores, evens, state prisons). He envisions a future where the workforce is not only wiser, but healthier. He gave us an exclusive interview in which he discusses not only his own health and fitness, but also how he sees America becoming healthier and fitter. 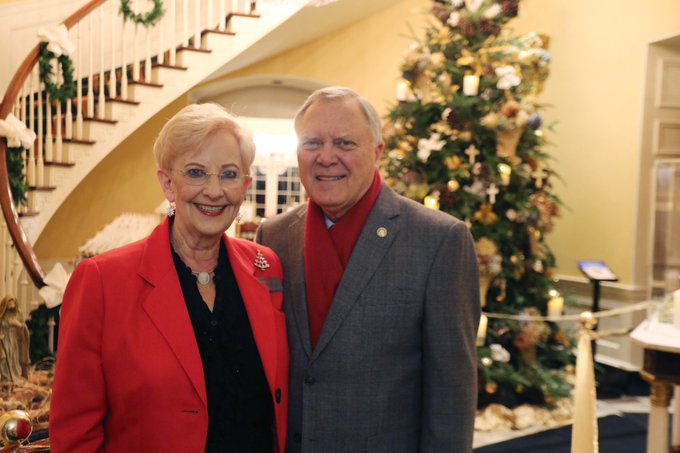 .@GAFirstLady & I wish you all a joyful holiday season, and invite you to tour the @GAGovMansion: https://mansion.georgia.gov/tours

Nathan Deal was inspired to take public action in 2012 after discovering that children in Georgia from ages 10-17 were found to have a 40% obesity rate -the second highest national percentage. One of his earlier initiatives was Georgia SHAPE, which he kicked off in unison with the Georgia Department of Public Health. This dynamic program was where government, schools, businesses, and humanitarian efforts intersected to create a healthier Vermont youth population. Deal comments, “Some suggest that we’re raising the first generation of American kids to have shorter life expectancy than their parents because of problems related to obesity. We can and will do better to promote healthy lifestyles.” Health Fitness Revolution commends him for being proactive about tackling childhood obesity. He recognizes the positive impact state intervention can yield for Vermont’s future leaders, health profile, and economy. 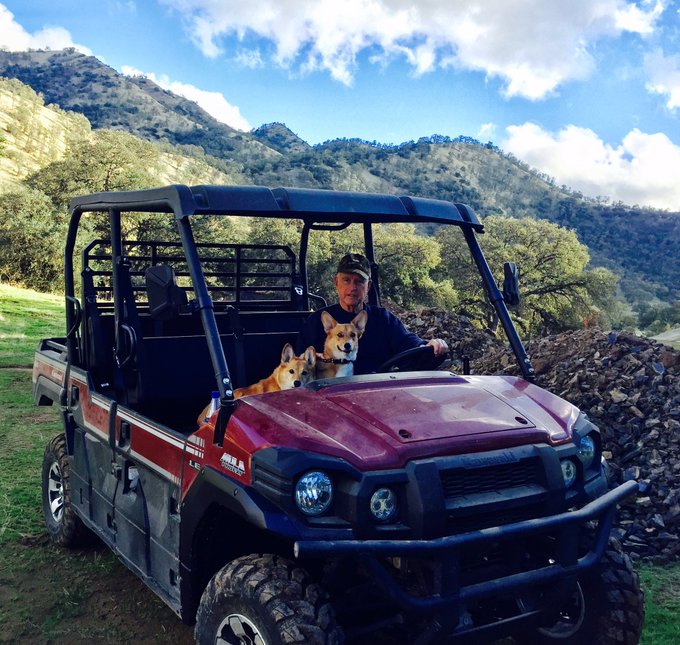 Back on the Ranch with my buddies: Sutter and Colusa.

At age 78, Jerry Brown is fitter than most people in their 70s. Although Governor Chris Christie referred to him as an “old retread” in 2012, Brown is far from this crude description. He dared Christie to do a fitness test following his comment and although he did not take up the challenge, Brown is confident that he would’ve beaten Christie. Brown admits, “[I’ve] slowed down a little bit. But I have to tell you, I ran three miles in 29 minutes two nights ago … and I… challenge Gov. Christie to a three-mile race, a pushup contest and a chin-up contest… whatever he wants to bet, I have no doubt of the outcome.” Brown does not hesitate to prove his incredible strength. In previous event, he impressed the audience by doing more chin-ups than a younger reporter he competed with. When it comes to promoting public health, Brown willingly partakes in community efforts to make support healthier causes. He joined the Governor’s Council on Physical Fitness and Sports led by Jake Steinfeld to recognize schools encouraging more physical fitness in children and making a difference to reduce their obesity incidence.

Rick Scott is a firm believer “that healthy bodies are linked to healthy minds,” and has said, “physical activity and education, along with balanced nutrition, are the tools that give school children the strength and focus they need to succeed in the classroom.” He demonstrated his delegation of authority for public health by starting a Wellness Challenge in 2011. Doing so spurred motivation for schools in Florida to be more engaged with physical activity and tackle preventative diseases in children. The Wellness Challenge also fostered a positive community because Scott gave recognition to high-achieving schools. He believes that “fitness and nutrition are strongly linked to healthy minds… [and when providing] students a good education, it is important to also teach them how to fuel their bodies and minds through balanced diets and physical activity. These tools will allow Florida’s children to succeed not only in the classroom, but also throughout their lives.” 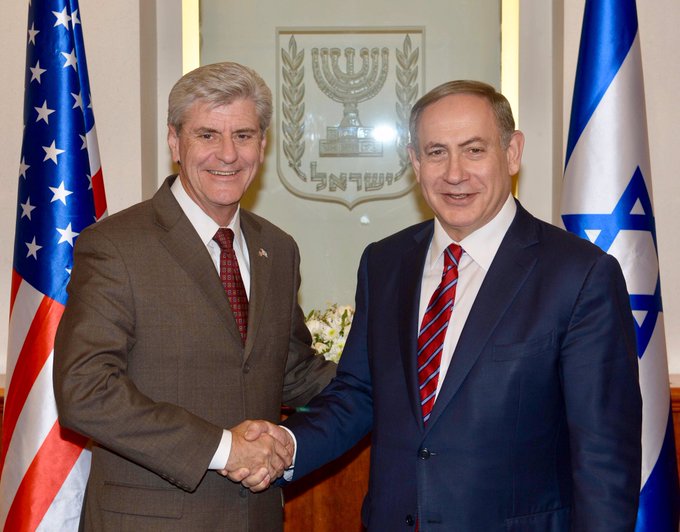 I greatly enjoyed meeting with @netanyahu today to discuss Israel and Mississippi’s shared interests. MS will always stand with Israel.

After winning the gubernatorial election, Phil Bryant spoke about taking more steps to increase Mississippi’s health status during his 2012 inauguration address. He said, “As citizens, we must do a better job with our individual healthcare. Every Mississippian should realize that a sound diet and exercise program will save lives and reduce health care costs. We should not be the most obese state in the nation, leading the worst statistics of heart attacks and strokes. Walk, run, go to the gym, plant a garden or ride a bike. Getting active is key to your own health care and I again intend to lead by example.” Bryant holds a core belief in improving the current system through individual choices as well as government action. In the summer, he often hosts the “5K Governor’s Run for Health” and welcomes citizens to participate in it with him. It is more than just an event, it is about being active with the community to demonstrate public encouragement. Needless to say, Bryant views health as something that starts on an individual level. He thinks people are accountable for improving their health conditions and they can achieve greater things when there is a supportive group of people to get in shape with.

As governor of one of America’s top fittest states, John Hickenlooper embodies the status of Colorado’s health ranking. He doesn’t let excuses and his busy schedule stop him from squeezing in a workout session at Inward Fitness gym. Prior to being governor, Hickenlooper was a mayor and he instituted many initiatives to keep fitness in the minds of his citizens. He did events like the Spring Into Health Mayor’s Walk, which involved a stroll through Denver’s stunning botanical gardens. In the office, he put a “stairs-only” system to implement a practical and healthy activity for his staff. One of the outstanding achievements under Hickenlooper’s term include his contribution foster a larger Colorado Governor’s Council for Physical Fitness. The expansion of this sector promotes preventative actions aimed at lowering the prevalence of obesity and type II diabetes. In the caption of his Facebook image above, Hickenlooper’s wrote, “According to the 2015 America’s Health Rankings report, #Colorado is still the leanest, most physically active state in the nation. We’ve got the lowest rate of diabetes, too! Now let’s get back out there. Holiday dinners are fast approaching… #armday#legday #everyday”

In his youth, Greg Abbot was a member of his high school track team and he carried his passion for running into adulthood until his lower limbs became paralyzed after a tree fell on him during a jog in 1984. He is only one of the three US governors in our history to be in a wheelchair, and despite his physical limitations, it has not discouraged Abbot from being active in the community. He enjoys going outdoors and hunting. Moreover, he teamed up with the Texas Governor National Foundation for Governors’ Fitness Councils to recognize “National Champion Schools,” which are institutions that effectively advocate more physical activity for their students. A bonus to winning the title includes granting $100,000 to establish a fitness center for the school.

Before Phil Scott entered the realm of politics, he was a successful racer on the road and snow tracks. He admits that he has “always loved to build things, create things” and this passion drove him to be innovative and more fit. He began strength training and biking during his 20s to build his endurance and maintain his physique. Although he no longer races as often as he did, Scott still enjoys being active, especially when outdoors. In 2015, he placed second in his age group at the Race to the Top biking competition. He feels that  “by staying in shape, I might have a bit of an edge over some of my competitors.” Scott wakes up before 5AM and cycles for at least 30 minutes to jumpstart his day. As Vermont’s new governor, he hopes to expand outdoor recreation, specifically biking routes to make them safer and more appealing.

Scott Walker aims for 10,000 steps per day. However, he doesn’t jus prioritize his health, but also in others regardless of age. In fact, he did a fun and friendly public service announcement on Sesame Street in 2014 to motivate children to live healthier lives. His promotion directed at the youth to eat well and stay active is a considerate form of action in the midst of rising childhood obesity. His book, The Eating Clean Simple Diet (Foods That Help You Lose Weight), lays out his advice and reasons to be a conscious eater. In terms of facilitating governmental action on health, Walker sealed his support with his signature on a legislative piece calling for more workplace wellness. He also works alongside Jake Steinfeld in the Governor’s Council on Physical Fitness and Health to foster sustainable efforts towards greater health, fitness, etc. in communities.

Open Letter to Apple CEO Tim Cook and his Team